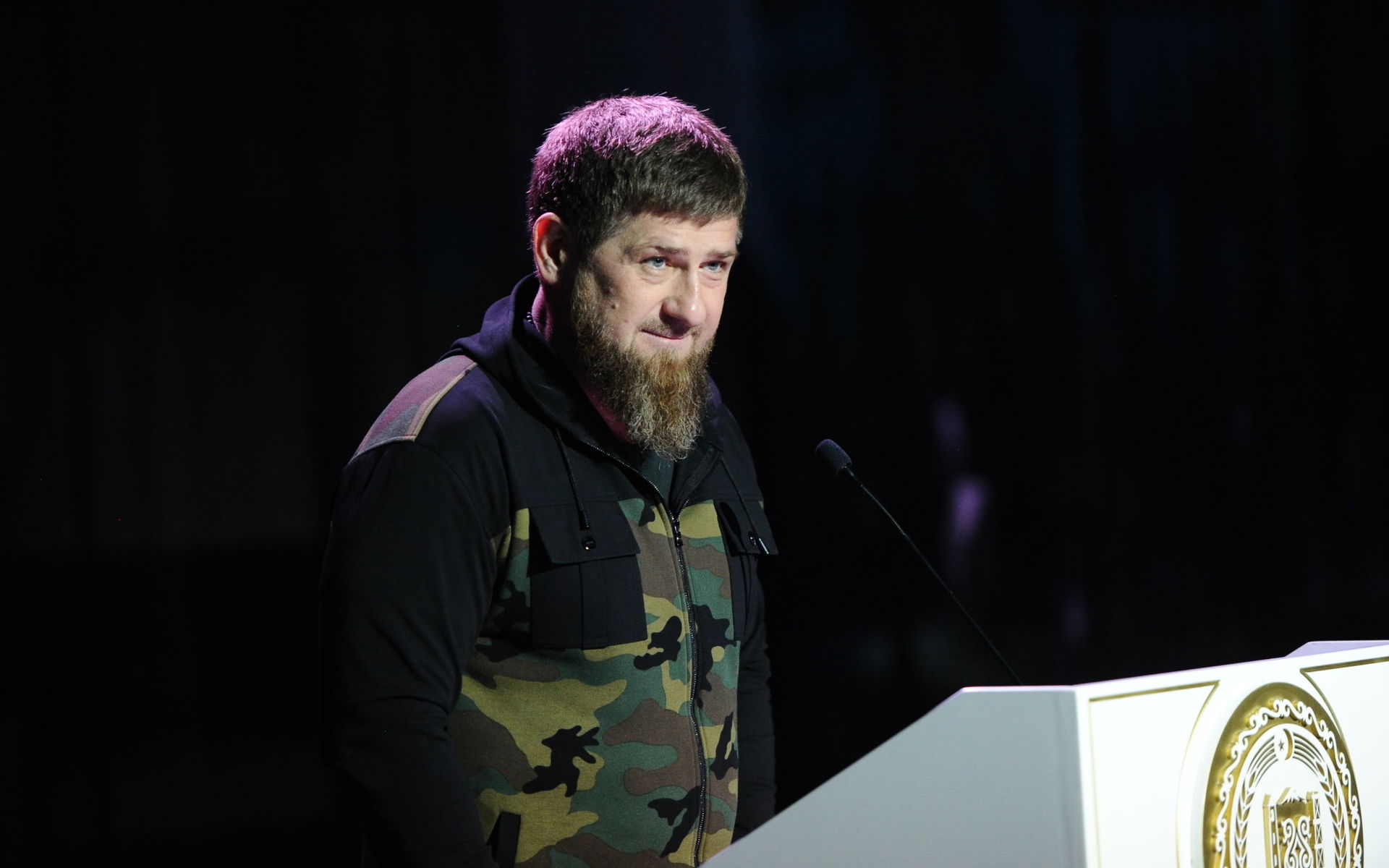 The head of Russia’s most repressive region, Chechnya, continues to bully our newsroom and the government joins in, too; we tell the story of millions of foreign migrant workers who are now trapped in Russia with little or no protection against the COVID-19 outbreak; plus, what a ‘negative oil price’ mean for the future of the fossil fuel-dependent Russian economy and the story of the Russia’s Easter Inequality – Kremlin elites flout isolation orders in order to attend a VIP gathering, while the government forces everyone else to celebrate at home.

Ramzan Kadyrov’s bullying of our news room has escalated. The head of Russia’s most repressive region, Chechnya, had previously made explicit threats against us and our investigative journalist Elena Milashina, following the publication of her expose on the region’s repressive COVID-19 lockdown measures. On April 15,  the government joined in and ordered us to take down the article in question, under the threat of blocking access to our website.

More folks show solidarity with us. We are thankful to the solidarity of more than 100 Russian human rights activists, politicians, scientists and artists who have backed Milashina in a public statement. International backlash is growing too — the Committee to Protect Journalists has called on the Russian authorities to condemn Kadyrov’s threats against Milashina and ensure her safety.

What Kadyrov’s office says. His spokesperson Ilman Vakhidov keeps insisting that Milashina took out of context Kadyrov’s words calling COVID-19-positive folks  ‘terrorists’ and threatening them with violence. He did, however, consider infected Chechens a threat to everyone they come in contact with,

“but this does not mean that he really is going to kill them. Otherwise, where did the 15 people who recovered in the republic come from?” Vakhidov said.

What our journalist says. Referring to the now removed story, which, among other things, detailed the death of high profile Chechen figure Akhmad Garayev and the subsequent COVID-19 diagnoses among nine of his relatives, Milashina defends her reporting:

“By blocking articles, the only problem being solved is the spread of information. But not the virus ... The Garayevs did not go anywhere and were not in quarantine. But they were sick, and they were afraid to call the hotline of the operational headquarters. Even the Garayevs were afraid – a family respected by the Chechen authorities! This, of course, is suicidal behavior. But the scary thing is that the Garayevs are not alone in this.”

Read Milashina’s full response to Kadyrov and defense of her investigative journalism here.

We are still following the rapid spread of the novel coronavirus across Russia. The number of infected has now exceeded 52,000 people and the nationwide quarantine has been extended until May 1. Yet, for a country of about 150 million, this figure is still relatively low. The official number of reported cases has previously come under scrutiny, with experts attributing the low number of cases to poor testing. As the economic devastation from the outbreak keeps worsening too, this week we are highlighting one of Russia’s hardest-hit groups — millions of labor migrants.

They cannot leave and cannot work, either. The Russian border is now closed, for most leaving would be near impossible. Novaya Gazeta previously reported that around 400 foreigners were stuck at Moscow’s Zhukovsky Airport last month. After a week of waiting, the Kyrgyz authorities finally sent a plane to rescue their citizens. But many others who remain in Russia are stuck in limbo. Although the President announced that work permit deadlines would be extended for another six months, many foreigners continue to receive fines.

They are penalized for staying, too. Despite having no jobs due to the “Great Shutdown,” many migrant workers still need to pay a monthly labor patent fee of 5,350 rubles (about $80) on top of high living costs. Forty-two-year-old Oybek Nuraliev is a citizen of Uzbekistan, who has been living and working in Russia for 15 years. He says rent, food and registration costs set him back around 20,000 rubles  (around $260) a month. His next labor patent fee is due May 2, but Nuraliev says he won’t have that money. “I don’t know what I’m going to do,” he admits.

They are harassed by the police non-stop. Russian police officers have a long history of racial profiling when it comes to the country’s labor migrants, who mostly come from Central Asian countries. But the harassment has gotten worse during the quarantine, human rights activist Valentina Chupik warns, with officers checking documents of persons of "non-Slavic appearance” more vigorously: “We report at least 15-17 arrests every day in Moscow alone – despite the fact that people practically don’t go out.”

They have a higher chance of being killed by COVID-19. Often forced to live in cramped spaces and with poor access to health care, migrant workers in Russia are disproportionately affected by the coronavirus outbreak. “Today we called about one migrant, who had already died. He worked at a dacha (a country cottage), started feeling ill, and was taken away in an ambulance – the owners were infected too. They recovered, and he died from the coronavirus,” migration expert Gavkhar Juraeva tells us.

“If the illegal migrants get sick now, they will hide so that they don’t get kicked out, so as not to lose the right to work in Russia for violating the migration regime. They will only go to the hospital as a last resort,” Juraeva says.

Backstory. There were 19 million foreigners officially working in Russia in 2019 (compare this to 74.5 million working Russians, for perspective). But that’s only those with legal documents. According to some estimates, some 60% of migrants are in the country illegally. While Russia badly needs migrants due to the acute demographic crisis, the government tends to downplay or silence stories detailing the long history of abuse of foreign workers, including modern-day forced labor. At Novaya Gazeta, we have made this coverage one of our long-standing priorities over the years.

Read more about the plight of foreign migrant workers in Russia here.

On April 19, Russia celebrated Orthodox Easter, the biggest religious holiday in the country, amid an unprecedented lockdown. Around half of the Russian regions completely forbade churches from opening up to the public or holding any mass events, but many disregarded the orders. Including the Kremlin elites.

VIP Easter. While millions of Orthodox Russians were forced to celebrate Easter at home in isolation, in the center of Moscow, opposite the Kremlin, VIPs gathered for a closed party, authorized by the authorities. A powerful Russian archpriest Vladimir Volgin was expected to lead the event (he is also rumored to be the confessor for the family of former Prime Minister and President Dmitry Medvedev). The guest of honor was  celebrity priest Ivan Okhlobystin, whose daughter recently had the coronavirus. Some 50 guests attended in total, many of whom arrived in executive cars, covering their faces.

Church vs Quarantine. In Russia’s fourth-largest city of Yekaterinburg local authorities tried to force the clergy to “quarantine,” but the church refused to cooperate and opened its temple over the weekend, drawing a large crowd. Meanwhile, in Siberia’s third-largest city of Omsk, a fight broke out in one of the parishes after the churchgoers attacked journalists covering the mass quarantine violation.

The Russian Orthodox Church’s lockdown skepticism, explained. The Russian Orthodox Church (which holds an outsized role in public life in Russia and maintains close, co-dependent ties to Putin and the Kremlin elites) has not offered clear guidance regarding the nationwide lockdown. Our columnist on religion Alexander Soldatov attributes this to the local clergy’s fear of losing revenue from a stable stream of churchgoers: “It turns out it’s possible to save the soul without a temple. And that’s a giant blow to tradition," Soldatov writes, highlighting the fact that millions of Russians celebrated Easter at home, in conflict with the Orthodox tradition.

"In this, the church revealed a 'secret,' which it has been using to protect its income and power," Soldatov concludes. "The epidemic will pass, but the awareness of the uselessness of most of the 'services' that the clergy provided will remain."

The news of the US oil prices collapsing below zero dollars for the first time in history sent a shock wave across Russia, a country heavily dependent on oil and gas extraction. The Russian internet exploded with sardonic memes predicting a turbulent political and economic future for the Kremlin. But what does this really mean for the future of the Russian economy? Our economics editor Arnold Khachaturov shared his hot take exclusively for Russia, Explained.

Not good, not terrible in the short run. The fallout for the Russian economy will be both better and worse than the current oil market’s meltdown, Khachaturov is convinced. For starters, a “negative oil price” is a speculative construction — the result of trading algorithms of large investment funds. But it will definitely drag down the price of Russia’s main Urals brand in the coming months towards the $10-15 range. This will erode the state budget dramatically.

Looming disaster for regular Russians in the long run. “The growing budget deficit may become an additional argument in favor of tightening the public’s belts and spending as little money from the Russian National Wealth Fund as possible on anti-COVID-19 stimulus measures,” Khachaturov says. “As a result, millions of Russians who have lost their jobs due to the Great Shutdown will be left without basic state assistance, but the Kremlin’s ‘sacred cow’ — macroeconomic stability — will be saved.”

“I do not think that a hairdresser is the most dangerous profession from which you can become infected. Why is a hairdresser worse than a cashier who sits at the checkout, where hundreds of people pass in a day?” he said.