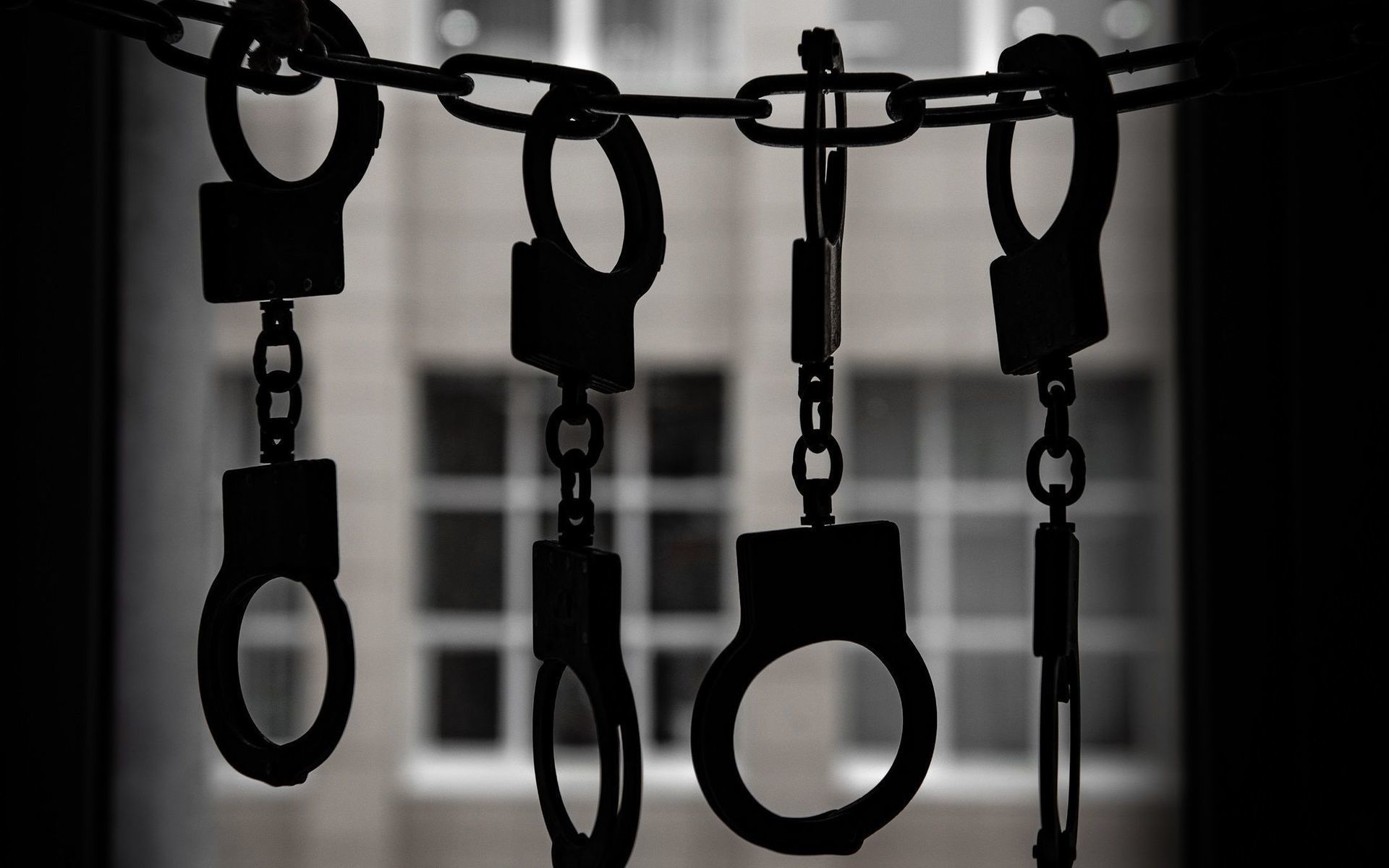 Putin shifts responsibility for handling the coronavirus pandemic to the regional authorities; the Kremlin focuses on saving its key oil and gas sector following the price crash; the coronavirus outbreak threatens the few freedoms Russia has left; plus growing calls to save Russia’s prison population from the spread of COVID-19.

Why Putin is Avoiding a State of Emergency

On April 2, Putin addressed the nation for the second time in just eight days. This time around, he announced – without mentioning the word quarantine – that the country will be extending nationwide its “week off” until the end of the month. He then authorized the regional authorities to deal with the COVID-19 outbreak as they see fit, without waiting for instructions from the Kremlin.

The weakness of the “strong arm.” The way our politics editor Kirill Martynov sees it, Putin’s attempt to shift responsibility to the regional authorities is being undermined by the over-centralized system that he himself built. “This is the outcome of twenty years of building the ‘vertical of power’ and ‘strong-arm’: as a result of this policy, the management system has become paralyzed in the face of a pandemic,” Martynov says.

“It’s already clear that the epidemic has gone against the Kremlin’s long-term plans for the transition of power. Unfortunately, it is hitting the interests of ordinary people [living] under the real conditions of the Russian economy even hard,” Martynov says.

Regional governors fired. Putin has also dismissed the governor of the far-northern Arkhangelsk Region, the head of the neighboring Komi Republic, and the governor of the Kamchatka Region. This is only partly connected to the epidemic. Due to the mishandling of existing problems – such as attempts to break up the anti-landfill protest camp in Shiyes – these regional leaders are unpopular figures. What’s more, the Arkhangelsk and Kamchatka regions are set to have elections soon and the Kremlin has been known to initiate personnel swaps ahead of regional votes as a way to shore up power during times of crisis.

Economy vs. freedom. “In developed countries, the coronavirus epidemic is forcing the authorities to choose between life and the economy,” adds our columnist Yulia Latynina, “In our country, the choice, unfortunately, is different. The choice is between the economy and freedom, more precisely, its remnants.” The way she sees it, the Kremin’s main interest is holding on to power. A fall in the president's popularity could lead to in-fighting among the groups around him.

Why is Putin wavering? Putin’s constitutional amendments were aimed at preventing this kind of divide in the elite, Latynina continues. “The Kremlin didn’t even dare to declare a full referendum for fear that it might lose. [Now], the economy is collapsing, the rouble is collapsing, oil is collapsing and the epidemic is spreading across the country.” In this context, Putin is trying to avoid handing power over to the security services, even though they are prepared to carry out a crackdown under the pretense of combating COVID-19.

During his second address, Putin did not announce any additional plans to take pressure off of small businesses. In our most-read article this week, economist Dmitry Prokofiev explains that the Kremlin is currently preoccupied with saving the oil and gas sector and therefore, has little interest in anything else.

Paying for energy dependence. “Two-thirds of the Russian GDP is directly or indirectly generated by oil, gas, and everything that revolves around them,” Prokofiev says. So as long as the authorities are facing falling oil prices, the activities of small businesses are of little consequence. Prokofiev says that according to this logic, it’s no surprise that Putin is putting the regional authorities in charge of quarantine measures. If small businesses go bankrupt, they’ll be the ones held responsible.

Protecting the ultra-rich. Furthermore, by focusing on propping up the oil and gas sector, the Kremlin is seeking to guard the interests of the country’s wealthiest citizens. “The price [of oil] is very low now, it’s unclear when it will return to previous levels. The authorities are thinking about how to ensure the well-being and consumption levels of tens of thousands of ruling families, if something goes completely wrong,” Prokofiev concludes.

Hitting new lows. As of March 30, Russian oil exports officially became unprofitable after the price of Urals crude fell to $10 per barrel — a low not seen since 1998. And with the cost of producing Russian oil currently exceeding the going price, the authorities may have to resort to desperate measures. “The situation could be corrected by an additional devaluation of the rouble, and, in the most extreme case, administrative pressure on the state-owned [company] Transneft to deliver oil at lower prices,” warns economic analyst Maxim Averbukh.

Running back to OPEC. On April 3, Putin announced that Russia, in conjunction with the OPEC member states, needs to reduce oil production by one million barrels per day. The announcement comes after Russia’s decision to quit the OPEC+ deal rather than reduce production just a few weeks ago. Now, everyone is wondering why Russia’s biggest oil company, Rosneft, initiated the collapse of oil prices (as well as the rouble) in the first place. Putin and Rosneft CEO Igor Sechin are now scheduled to meet with OPEC member states on April 9 — stay tuned.

Russia is now confirming hundreds of new coronavirus cases every day. As of April 7, 7,497 people had been diagnosed with the disease. But there is still skepticism about the official numbers. So far, most of the confirmed cases are in Moscow. In response, the capital has strengthened its quarantine regulations, as have many regions. Residents of Moscow are now forbidden from going outside, except to buy groceries, visit the pharmacy or walk their dogs within 100 meters from their homes. And those who violate quarantine could face fines of about $200.

Abandoning their own. In the midst of the pandemic, the Russian government has “suspended” its evacuation program for citizens abroad. As a result, around 30,000 Russians are now stranded everywhere from New York to New Delhi. All of them were expecting to return home this week — and on their own dime, at that. Nevertheless, Russia has closed its airspace, even to its own citizens; all international flights were discontinued as of April 4. According to Deputy Prime Minister Tatyana Golikova, the authorities are taking a “time out” to compile a list of the exact number of citizens abroad. As always, bureaucracy wins.

“All the motherland had to do was keep the airspace open. But instead, she shut the door,” says Alexei Polukhin, our Editor-in-Chief. “Officials are simply afraid that those who arrive from abroad will up their statistics.”

Our most-read story this week is about how COVID-19 is provoking a terrible situation in the country’s prisons and our call to release as many folks from there as possible. Because of quarantine measures, inmates in Russia’s pre-trial detention centers and prison colonies are no longer able to meet with their lawyers, or anyone else for that matter. Now, their only connection to the outside world is through phone calls. And after speaking with their relatives in prison, many people have felt compelled to reach out to us.

Hidden outbreak. Officially, there are no registered cases of COVID-19 in the Russian prison system. However, inmates at Moscow’s Matrosskaya Tishina prison have reported that there is an epidemic of pneumonia and acute respiratory infections. What’s more, there is no testing for the coronavirus, no disinfection measures and no medications, on top of the fact that there’s just one doctor for the entire prison. The Federal Penitentiary Service did not respond to our request for comment. In the meantime, we’ve launched a petition demanding that all prisoners who committed non-violent crimes be released and placed under house arrest.

“Hyper-isolation.” “Prison riots linked to the coronavirus are shaking detention facilities around the world,” writes sociologist Olga Zeveleva. “During protests and escapes connected to the threat of the pandemic, at least 62 prisoners in 11 countries have died.” According to Zeveleva’s ongoing research, at least 66 countries around the world have taken steps to limit prison visits, while 23 countries have released prisoners or are planning to do so in the near future. In Russia, prisoners are now facing “hyper-isolation,” which poses a new set of risks.

“The worst and most misguided assumption is that people in prison are safer than people in large cities,” Zeveleva underscores. “Prisoners have always been the most vulnerable group during healthcare crises.”