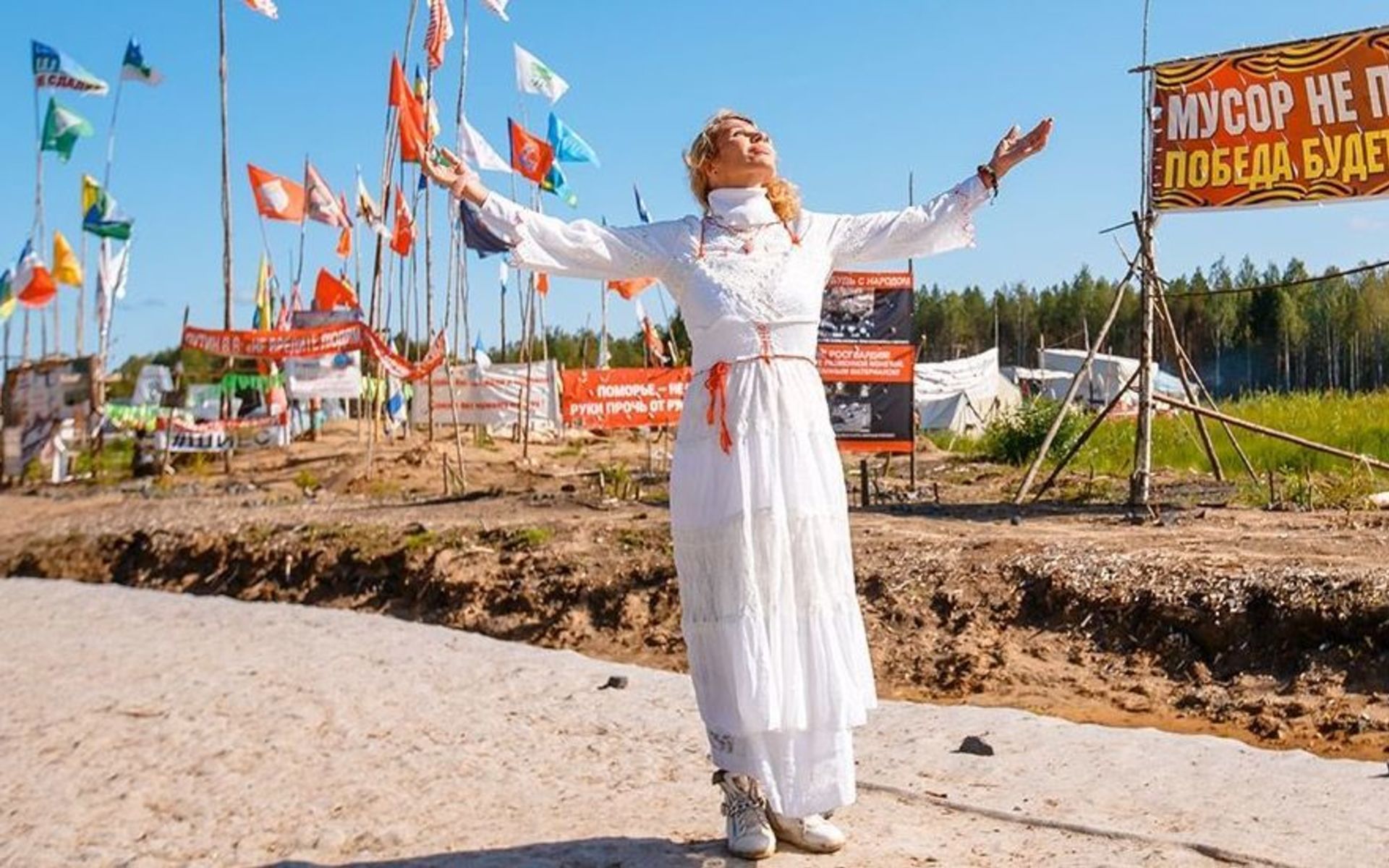 Welcome! The new English language newsletter from Novaya Gazeta brings you a weekly overview of our finest journalism covering and explaining key news events across Russia. This includes a rundown of Novaya Gazeta’s high-stakes investigative reporting, as well as analysis aimed at answering your questions about the latest developments. In short, we bring you everything you need to know about Russia, courtesy of a legacy newspaper in the country. Subscribe here.

Raids on the opposition, the largely uncovered anti-government protests in Buryatia, a schoolkid faces “extremism” charges for launching a union in St. Petersburg, plus we look into a major hotspot for Russian environmental activism, how oil market turbulence will affect the oil-dependant Russian economy and what happened to Russian socialist-turned-politician Ksenia Sobchak – who attracted so much attention from the foreign press during the last presidential elections.

In the wake of Russia’s unified election day on September 8, the Security Services set a record for simultaneous searches in what appears to be the largest, centrally coordinated demonstration of political intimidation in Russia’s recent history. The authorities responded to the disastrous election results (which saw a decrease in the number of votes for United Russia across the country) by carrying out raids against the opposition. Four days after losing the election, the Security Services conducted 200 simultaneous searches in 41 cities across Russia, targeting members at the headquarters of opposition activist Alexei Navalny, as well as the headquarters of the Golos movement and the Pskov office of the Yabloko party. And no one is pretending that this is an investigation into a crime. On the contrary, it’s a show of force.

During a raid, one opposition politician managed to put his hard drives on a drone and fly them away while the police broke down the door of his apartment. «A strong door is the best advantage in modern Russian politics,» he said.

The Case of Egor Zhukov

The case of student Egor Zhukov is another example of the authorities seeking revenge on the opposition. After the July 27 demonstrations, Zhukov was among those accused of «mass rioting.» But when over 600 people came to his defense in an unprecedented outpouring of mass solidarity, the authorities immediately opened a case against him for «inciting extremism.» The case was initiated in the basis of a linguistic examination of nine videos from his video blog, conducted by an employee of a special center of the FSB, a doctoral candidate in physical and mathematical sciences named Aleksandr Korshikov. According to this analysis, Zhukov’s remarks «allowed the expert to assume the video includes calls for extremism, violent actions [and] insulting the government.» In contrast, two academics and five associates of the Russian Academy of Sciences (all of whom hold doctoral degrees in philology) reviewed Korshikov’s examination at Novaya Gazeta’s request. They concluded that the FSB’s examination was based on manipulations, assumptions and liberal interpretations of the texts, with phrases taken out of context and given a completely different meaning.

Backstory. As a result of the elections on September 8, a record number of opposition politicians entered the Moscow City Duma for the first time in ten years. For the authorities, the results in the capital do not bode well because the Moscow City Duma Elections are seen as a kind of rehearsal for the 2024 Russian presidential election. Seeing as this will be the end of President Putin’s term in office, the 2024 elections will finally reveal the plan for carrying out the transition of power in Russia. That being said, the elections in Moscow this summer revealed that the political system is in crisis. The Security Services’ political terror against citizens isn’t working and could backfire – resulting in a new outbreak of protests.

Want to know more about the case against Egor Zhukov? Read the full story in Russian here.

While the international press has been preoccupied with protests in Moscow, discontent has been brewing in the country’s far-east as well. Since September 9, spontaneous protests have been taking place Buryatia’s capital, Ulan Ude. After the pro-government candidate scored a narrow victory in the mayoral election, locals demanded a re-do. But their rallies faced violence and threats. Masked individuals have attacked protestors with pepper spray, while the police dispersed them with the help of volunteers carrying axes. The head of the Republic of Buryatia, Alexei Tsdenov, promised to come to the city and speak with the people – but was booed until he left the square, surrounded by guards. Meanwhile, the protestors remain undeterred and about a thousand people attended a spontaneous rally last Sunday.

«Expel The Demons From The Kremlin». An indigenous spiritual leader, shaman Aleksandr Gabyshev, came to play an unexpected role in the Buryatia protests. Originally from the nearby province of Sakha, he left its capital Yakutsk on foot in March, with the aim of walking over 8,000 kilometers to Moscow to «expel the demons from the Kremlin.» On his way, he was passing through Buryatia and, thanks to live-streams from Buryat video-blogger Dmitry Bairov, captured the imagination of the locals. Residents of Ulan Ude chipped in to buy the shaman a GAZelle minibus since walking on the tundra is so difficult. But during the night between September 6 and 7, police seized the vehicle and detained two of the shaman’s assistants. This took place the day before the mayoral elections, prompting Gabyshev to take on the local political sentiments and join the protests.

Backstory. Although it was onced a decentralized federation, Russia became a strongly centralized state in 2004 when Putin cancelled direct elections for most provincial governors. Simultaneously, strong fiscal centralization made local self-governing elites directly economically dependent on the Kremlin.  In 2011, direct elections were resumed, but only within a party nomination process — which effectively put the candidate selection under the tight control of the ruling party. Over the years, dissatisfaction with the lack of self-governing powers started brewing — and the political turmoil surrounding the last wave of local elections in Russia took roots from there.

Read the full story on the Buryatia protests here.

Seventeen year old Leonid Shaidurov is facing criminal charges for “inciting extremism” after establishing a union among classmates to fight for their rights. Despite growing pressure from the authorities, the union expanded and in January 2019, several hundred pupils from cities across Russia had joined.

«Inciting Extremism». The school’s principal wrote a letter to the Center for Combating Extremism, saying that the schoolboy was «ighting the government, participating in Navalny rallies, calling for revolutions and committing illegal actions.»  On June 16, Leonid stood near the school building with a sign that read «Hunger strike» and was taken away by police after 45 minutes. He was initially released without an official record of the incident, but one was later drawn up for «violating the rules of a picket.» Leonid ended his hunger strike on June 28, after receiving a rejection letter from the Education Committee. For the rest of the summer, Leonid received regular calls from the Extremism Centre, threatening to open a case against him for «inciting extremism.» For another 45 minute picket he held last week, Leonid was fined ten thousand roubles (about 155 US dollars). A few days ago, he received another call, hinting that he should behave himself, or else.

Union Demands. The union at St. Petersburg’s Gymnasium No. 622 initially had few demands: no more than two tests per day, no more than two lessons in the same subject per day and that the union act independently of the school. They later introduced new demands, which included free food, the elimination of «Young Army» lessons and an end to the political persecution of students.

For the full story on the teenager behind the union at St. Petersburg’s Gymnasium No. 622 , read the original article in Russian here.

Before local elections provoked the current wave of political turmoil, there was a growing civic pushback against the deteriorating environmental conditions across Russia. Specifically — incompetence and corruption in landfill management. Novaya Gazeta has been keeping a close eye on these developments since day one. So close, that we even opened a bureau at the Shiyes station in northern Russia – one of the key hotspots where activists have now been trying to stop the construction of Europe's biggest landfill site for over a year. After large protests in May, which included blocking the construction site and setting up a permanent camp, the authorities announced that they were suspending construction of the landfill for waste from Moscow, which was, incidentally, being built without permits. However, according to activists, construction is still taking place. Meanwhile, environmental activists have announced the creation of a Commune for people living in Shiyes, «at the call of the heart, and not due to an official order or agreement.»

Novaya Gazeta has opened a bureau in Shiyes, where things have recently been calm. To see how the people at the Crosspoint live and meet the activists protecting Shiyes, check out our photo report.

After a drone attack on an oil field in Saudi Arabia knocked out 5 percent of the world’s oil production on September 15, the price of oil immediately skyrocketed. And while the surge in oil prices strengthened the rouble’s value, experts claim this is unlikely to lead to long term growth. Once production is restored, prices will stabilize and go down, causing minimal fluctuations to the rouble’s exchange rate.

Backstory. With the Russian economy so heavily dependent on oil, fluctuations in the market can lead to major fallout. According to the country’s Central Bank, the worst case scenario for Russia would be a decrease in world oil prices to 25 dollars a barrel. However, the head of the Ministry of Economic Development, Maxim Oreshkin, previously stated that «if the global economy is faced with a crisis, Russia will be satisfied with 40 dollars.» According to the Analytical Credit Rating Agency (AKRA), forecasts for the dollar, oil prices and export volumes have worsened dramatically. The global energy market could be facing radical changes in 2020, especially given the upcoming presidential election in the United States. For Russia, these changes could mean trouble – especially if paired with a U.S. President who has anti-Russian sentiments.

Want to know more? Read the forecast on the 2020 oil market here.

Former presidential candidate and co-founder of the Party of Changes Ksenia Sobchak has gotten married to theatre director Konstantin Bogomolov. And while the wedding was without doubt an extraordinary event, it really attracted attention for its political implications, writes Novaya Gazeta  Politics Editor, Kirill Martinov. In the midst of the largest demonstrations the capital has seen in years and a liberal fraction appearing in the Moscow City Duma, Ksenia Sobchak has disconnected herself from liberal politics in Russia – a strange move given the image she cultivated during her 2018 presidential campaign. Sobchak’s run for president caught the eye of the foreign press for her liberal views, feminism and support for European integration, while others remained skeptical and thought the campaign was all for show. Some even speculated that Sobchak would be rewarded for her contribution to the «democratic elections.» And given her impending return to state television with a new show on Russia’s Channel 1, this very well could be the case.  «The carnival in Russian politics is coming to an end,» Martinov says. «The fact that Sobchak returned to show business shows that going forward, people will have to fight for the future of the country without the help of glamorous liberals. It seems that this is for the best.»