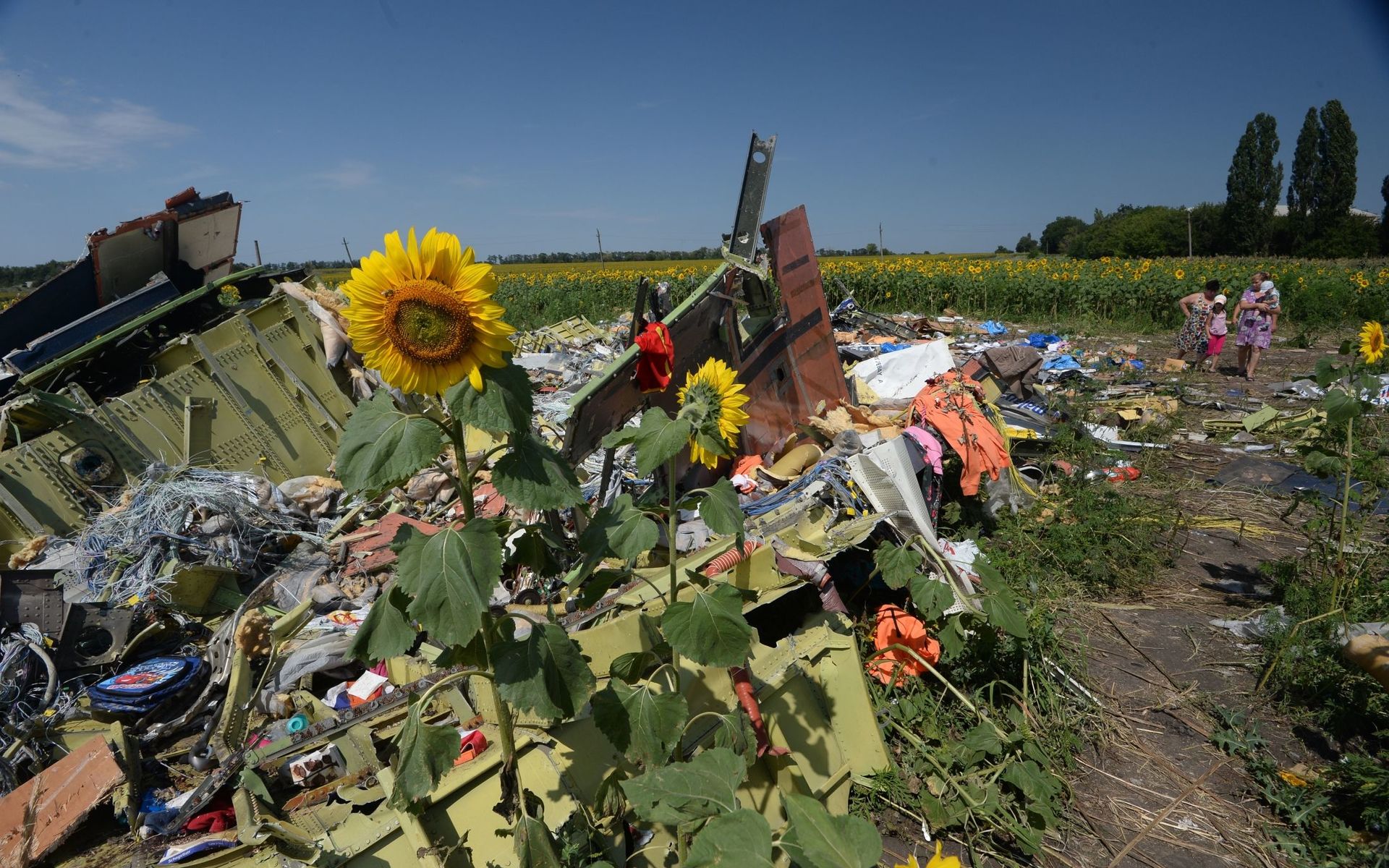 The World Cup is in Russia — how do we respond?

In June the world will turn its eyes toward Russia for the Football World Cup. It will be a long awaited and joyous event. For most Russians it will also be an occasion of deep national pride.

Some of us who write these words are passionate followers of football, others are not. But none of us will be able to share in this World Cup in the way we would have done before. We have something in common that gives this event and the place in which it is held, a different, darker meaning.

On July 17, 2014 Malaysian Airlines Flight MH17 was shot down over Ukraine. Two hundred and ninety eight people were killed. Among the bodies lying among the debris and fields of sunflowers were our children, our partners, our brothers and sisters, our parents.

The impact on our lives

Despite it being nearly four years since our lives were shattered, we struggle to comprehend what happened. The people we love were killed in a war, a war in which they were not combatants, a war they had nothing to do with. We know they are not the only victims of this confrontation. More than 10, 000 people have been killed, the majority of them civilians. Their families are grieving like ours, not understanding why the people they love have been snatched from them. It is the finality of death that is so painful. We could live with a separation, even of years, if we knew it had an end.

We, as families of those killed on MH17, are still breathing, but the lives we had also came to a close that day. We are not the same people we were before. The world we live in is darker and less hopeful. We have struggled to maintain faith in human goodness. It may be that some of us will find some sense of purpose and happiness again. But we will always be marked by the brutal and sudden death of those we love.

Even more though, this callous act has defined the people we love. Their stories, which should have gone on, have come to an abrupt stop. We now cannot experience them, we can only remember them. Part of our remembering must be to speak of the wrongfulness of their deaths and urging that those responsible for this crime are called to account. The people we love can no longer speak for themselves.

We know there is a long history between Russia and Ukraine and there are different perspectives on what led to conflict erupting in 2014.  No nation state is blameless, including our own.  All nations have a right to flourish as best they can, without impeding or violating the rights of others. All parties must be prepared to face what part they have played in the conflict.  But whatever the history and exact circumstances, that can never justify the shooting down of a passenger plane and the killing of all those on board. How do we respond to that?

Questions of hate and responsibility

Like all who have suffered the violent death of people we love, we are tempted to respond with hate. But we have to separate ordinary Russian people from the individuals responsible - the chain of command that led to the shooting down of MH17. Most of us don’t know Russian people well. Hate and distrust come partly from ignorance and when we know more of a person’s story, that can change how we see things. We know that the Russian people have a right to thrive, as did our loved ones. Still, we struggle. If we are able to change it will take time. But we know that giving in to hatred and bitterness would consume us and, unchecked among the nations, it will destroy human life on this planet.

It is easier when we remember we are all human beings and what we have in common. Some of us saw the faces of Russian families after Metrojet Flight 9268 was bombed and crashed over Egypt in October 2015, killing all 224 people on board. They were overwhelmed with grief, struggling to comprehend what had happened. We understand that disbelief, the horror of your loved one’s lives being taken violently and without warning. If ever we met those families perhaps we could start a conversation, for we would already know a central truth about each other’s lives.

No, we do not blame the Russian people for what happened. We are not against you. We hold the Russian state and its leaders as ultimately responsible for the deaths of our family members. All the credible evidence points in that direction. It has already been a long wait for us, but sometime in the future the five nation Joint Investigation Team will deliver its final report and people will be named. Then it will be up to the appointed court in the Netherlands to carefully weigh the evidence and reach a conclusion about which individuals were responsible.

The importance of truth

We have confidence in the thoroughness and impartiality of the work conducted by the Joint Investigation Team. The same cannot be said about the reporting on MH17 coming out of Russian state media channels.

In the first months some of us were troubled by the multiple, often contradictory stories about what happened to MH17 coming out of Russia. “MH17 was shot down by a Ukrainian jet.”  “It was blown up by a missile intended for the Russian President’s plane.”  “It was already full of dead bodies and deliberately crashed.”  “It was shot down by a BUK missile but not one of Russia’s.” These shocking, disturbing and contradictory stories were then magnified 1000 fold in posts on different social media.  All this material was distressing. Some of us had doubts. It is only later that we came to understand that this was exactly what was intended. These practices are part of a coordinated state campaign of misinformation intended to distract and confuse, to create an alternative reality in which all truth is relative and no information can be trusted.  The Russian state media, as well as private media channels that cooperate with the state, are complicit in this vile and deceitful campaign. We know that all countries, including our own, bend the truth and tell lies sometimes. But do Russian people really want to live in a country where the truth has ceased to exist?  Perhaps some of you reading this already think that we do not exist and that this article is made up?

Well, we are real, and our hope is that ultimately truth will prevail.

We appeal again for the Russian government to cooperate fully with the international investigation into MH17. It will not bring our families back but the truth does matter, the truth does exist and we want those responsible for MH17 to be identified and held accountable. We teach our children when they are small that they must own up to their mistakes and take responsibility for their actions. We want our governments to do the same. We ask Russia to do the same.

In recent months world tensions have increased. In an atmosphere of hostility and distrust we need international systems based on the rule of law, where each has confidence that justice and fairness is at least possible. We also need to recover our sense of shared humanity. Ultimately, we are all in this together on this one, small, blue planet.

In 2014 our children and families lay lifeless amidst the fields and sunflowers of Eastern Ukraine. In 2015 Russian children and families lay lifeless on the stones and sand of the Egyptian desert. In death we are not so different. Barriers of language, culture, differences in race or religion no longer matter. What remains is loss and love. Human loss and love.

All this is in our minds and hearts as we contemplate this World Cup in Russia. Football is called the world game. More nations play this game than any other. At its best football can mirror what is admirable about us all - our distinct styles of play, our culture, our singing and dress, our obvious passion or our steely discipline, our skill, courage and creativity, the sheer joy of play, the desire to strive and be tested to our utmost, and the respect we give those with whom we compete.

At its worst football can mirror the ugliness of which we are also capable. It can descend into a closed minded and aggressive nationalism, reinforcing divisions and prejudices, opening old wounds and inflicting new ones.

The football World Cup can be a celebration of our shared humanity. It can be an example, however fleeting, of our capacity to live with each other in peace. If it is that, then we might be better able to lift our heads to watch.

May this World Cup be played in a good spirit. We hope that it is a success and something in which ordinary Russian people can take pleasure and pride. But we cannot deny that from our perspective, a shadow hangs over this event. We are painfully aware of the dark irony that the Russian leaders who will profess to welcome the world with open arms, are those who are chiefly to blame for shattering our world. And that it is these same leaders who have persistently sought to hide the truth, and who have evaded responsibility ever since that dreadful day in July 2014.